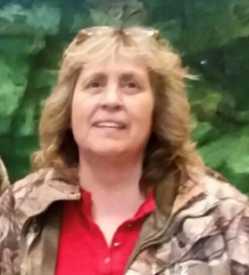 Pauline Ledesma, 58, of Walker, Mo., passed from this life unexpectedly on Thursday, Dec. 19, 2019, at her home. She was born April 7, 1961, in Los Angeles, Calif., the daughter of Carmen Sanchez and Paul Peck. She graduated from Apple Valley High School in Los Angeles, Calif., in 1979. She then relocated to Mound City, Kan.,and the Fort Scott, Kan., area.

Pauline worked at Peerless in Fort Scott, Kan. She was a dedicated, hard worker who loved her job and her work family. She also worked at Thorco Industries in Butler, Mo., from 1999-2006. While working in Thorco Industries in October of 1999 Pauline completed and received certification in ARC Basic Welding and in 2003 she accepted a lead position and remained in that position until 2006.

She was a devoted sister, aunt, and friend who enjoyed spending time with members of her adopted family and close friends. She also enjoyed helping others, going to the Downstream Casino, Kansas Crossing Casino, working on the farm, gardening, and had a love for fishing.

Pauline was preceded in death by her parents, Carmen Sanchez and Paul Peck; and by her Aunt who raised her as Fillipi Ledesma.

A memorial service will be held at 10 a.m., Saturday Dec. 28, at Ferry Funeral Home, Nevada.