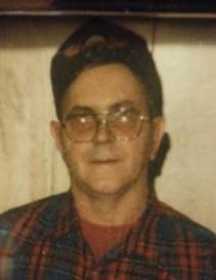 Although Richard was born in Deerfield, he was raised in the Bronaugh area. He attended Bronaugh High School graduating in 1961. Raymond joined the United States Air Force on Feb. 13, 1962, and in March returned home early due to a Medical Discharge. Raymond worked as a truck driver for 25 plus years, and at Fram Corporation in Nevada until their closing. Following his retirement, he worked at various jobs around Sheldon. Raymond loved to square dance, listen to music – especially Gospel and Blue Grass, fishing, and being with his family. He was a past president of Sheldon Lions Club for five years.

Funeral services will be held at 2 p.m., Tuesday, Jan. 28, at Ferry Funeral Home in Nevada with Pastor Terry Mosher officiating. Interment will follow in Olive Branch Cemetery in Milo, Mo. The family will receive friends from 5 to 7 p.m., Monday, at the funeral home.

In lieu of flowers, memorials may be made to Children’s Mercy Hospital or St. Jude’s Hospital in care of Ferry Funeral Home.