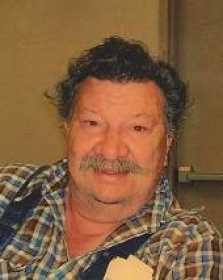 Harry grew up in Arkansas, lived in Jefferson City, Mo., for a time before moving back to Arkansas while growing up. At the age of 16, Harry moved to Kansas City, Mo., and worked as an automobile mechanic. In 1971, he came to Nevada where he worked for Wysong Motors and later Texaco in Nevada. He also lived in Schell City for 10 years.

Private graveside services will be held at Moore Cemetery on Thursday, April 23, with Pastor Terry Mosher officiating. Friends may call from 8 a.m. on Tuesday until 7 p.m., Wednesday, at Ferry Funeral Home in Nevada.

A Celebration of Life Service will be announced by the family at a later date.

Memorials are suggested to the American Diabetes Association in care of Ferry Funeral Home in Nevada.