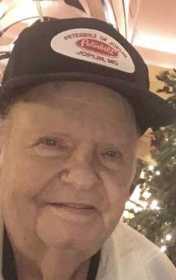 Francis was raised in Wheaton. At the age of 18 he left home and moved to Neosho where he worked for Neosho Floral and Greenhouse for several years. After his marriage to Esther they moved to the Kansas City area and he began working for Allis-Chalmers Combine in Independence where he worked for 37 years until his retirement. Following his retirement, they moved to Schell City (Indian Springs) to reside full time. Francis was a member of the United Steelworkers Union. He loved fishing, playing Bingo, and going to the Casino.

Private committal services will be held at 2 p.m., Wednesday, May 27, at Kenney Cemetery in Neosho.