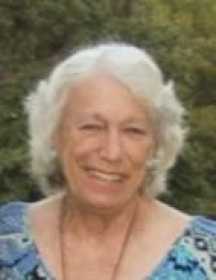 Gaye grew up in Nevada and graduated from Nevada High School. She attended college at Kansas State University before returning home to Nevada. She worked several years at the J.C. Penny Store in Nevada in her younger years. In 1969, Gaye and Mark purchased the Brophy Monument Company in Nevada where she worked side by side with her husband operating the business for 46 years before her son Mark W. took over in 2015.

Her interests included spending time with her husband, two sons, and her grandkids. Gaye was creative and very good at arts and crafts. She loved gardening, collecting antiques, drinking a Coke every day, buying lottery tickets, spending time at home on their farm, and following Kansas City Royals Baseball. One of her favorite pastimes was going to her grandchildren’s sporting events. She was a devoted wife, mother, grandmother, and sister.

In addition to her husband, Mark, she is preceded in death by her parents.

Graveside services will be held at 3 p.m., Wednesday, May 27, at the Moore Cemetery in Nevada. The family will receive friends from 5:30 to 7 p.m., Tuesday, at Ferry Funeral Home.

Contributions may be made in her memory to the Moore Cemetery Association in care of Ferry Funeral Home.