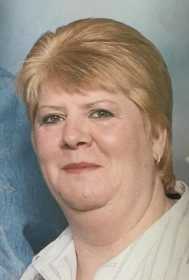 Anna Laura Duncan, 58, of Nevada, passed away at her home on Wednesday, June 3, 2020, following a lengthy illness. Anna was born on April 20, 1962, in Kansas City, Mo., to Robert, Jr and Anna (Collins) Jadlot. Anna grew up in Sheldon and Nevada and attended school in Sheldon. She served in the Missouri National Guard and went to Germany with the National Guard while pregnant. She also lived in Massachusetts, Indiana, and Michigan. She spent many years as a nurse and served as a crossing guard at a school in Michigan.

In 2000, Anna came back to Nevada to be with the love of her life, Larry Duncan whom she was married to on Aug. 8, 2002. Following her marriage, Anna worked at 3M in Nevada for a time. She also was very active in her daughter, Santana’s sorority life while she attended UMKC. She enjoyed baking and was known for her Christmas Cookie Plates. She loved her yorkies, exotic birds and bearded dragons, but most of all loved being with her family.

She was preceded in death by her father and a nephew, Kelly Masters.

Memorial services will be held at 4 p.m., Monday, June 8, at Ferry Funeral Home in Nevada with Mark Mitchell officiating.

Contributions may be made in her memory to the Vernon County Cancer Relief in care of Ferry Funeral Home.