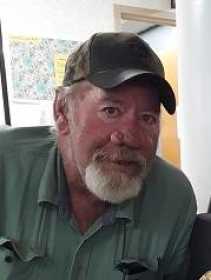 James grew up in the rural Sheldon area and graduated from El Dorado Springs High School in 1970. He later graduated from Southwest Missouri State College in Springfield with a degree in AG Business and was a member of the Alpha Gamma Sigma Fraternity. James farmed for a number of years in the Sheldon area with his father. He left farming in the 1980s and went to Kansas City to worked in Highway Construction as a heavy equipment operator. He has lived near Rich Hill for the past 16 years. James was a member of the Machine Operators Union Local No. 101 in Kansas City.

Survivors include his wife, Roxana, of the home; five children, Ben Andersen and his wife, Tonya, of Belton, Mo., Claire Andersen of Blue Springs, Mo., Josh Whitehead and wife, Jennifer, of Silver Lake, Kan., Jordan Whitehead of Topeka, Kan., and Jamison Whitehead of Topeka, Kan.; two grandchildren, Jessica and Sara; his mother, Elsie Andersen, Nevada, Mo.; 10 sisters; and numerous nieces and nephews. He was preceded in death by his father, Gene Andersen.

Graveside services will be held at 11 a.m., Wednesday, June 10, at Newton Burial Park in Nevada with Father Peter Savidge officiating. Friends may call from now and until 10 a.m., Wednesday, at Ferry Funeral Home in Nevada.

In lieu of flowers, contributions may be made to the family in care of Ferry Funeral Home.