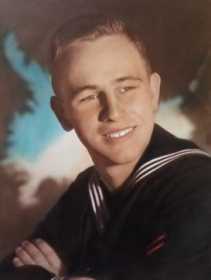 Jack grew up in Kansas and graduated from Neodesha High School in 1954. He enlisted in the United States Navy on Feb. 18, 1955, and served a four-year tour while being stationed in San Diego and Hawaii aboard the “USS Boxer." Following his honorable discharge, Jack returned to Neodesha and later worked as a truck driver for Texaco retiring after 19 years of service. Jack’s passions in life were his family and his country lifestyle. He hunted, fished, camped, and cut firewood with his son, grandsons, and granddaughter. He built a lake on his property with his son, and provided love, guidance, and the values of working together as a family.

Graveside services will be 10 a.m., Saturday, June 20, in Bluff Church Cemetery, Barton County, Mo., with Steven Hopkins officiating. Military Honors will be provided by the US. Navy. Mr. Murphy’s casket will be closed; however, a book will be available to sign at Ferry Funeral Home in Nevada.