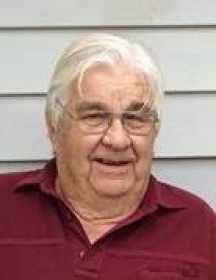 Thomas Wayne Fecht, 94, Nevada, Mo., left this earth on Thursday, June 18, 2020, at Nevada Regional Medical Center, in Nevada. He was born on Jan. 3, 1926, in Mexico, Mo., to Lawrence Matthew Fecht and Leonora Pearl (Hall) Fecht. Tom enjoyed a large and loving family. He had one sibling left whom he adored, his sister Inez Brown, and several nieces and nephews and their collective families.

Tom served in the Navy in the Pacific Theater during World War II where he participated in the invasion of Mindanao. He was a gunner on a VP Invasion craft. He wore ribbons for the American Theater, Asiatic-Pacific Theater, and Philippines Liberation with one star.

Tom was well-known as a Building Trades Instructor and bus driver for the Nevada R-5 School District and a local contractor in Nevada where he employed many of his past students and grandsons. He also enjoyed his trade and he never met a stranger. Tom was an avid member of the local VFW which he supported with joy during his many years residing in Nevada.

Tom was preceded in death by his beloved wife of 49 years, June L. Fecht. Tom and June both had children from previous marriages, so they enjoyed a combined family with many children, grandchildren and great-grandchildren dearly loved by both of them. They are once again in each other’s arms. May they rest in peace.

At Tom’s request no services are planned.