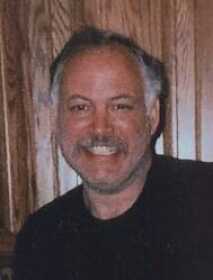 Kenneth Dean Yoos was born on Nov. 16,1961, along with his twin sister Kim, to Bill and Barbara Yoos in Pittsburg, Kan. The family is saddened to announce that Kenny passed away unexpectedly on Wednesday, July 15, 2020, in his home in Joplin, Mo.

Kenny grew up on the family farm in Bronaugh, Mo., and early on developed a deep love of fishing. During school with the 4H and FFA, he showed cattle along with his siblings and cousins at the Vernon County Youth Fair, and he enjoyed being a member of the school chess club and challenging his dad to a game. He was a hard worker on the farm, and graduated class of 1979 from Bronaugh R-VII High School. Friends and family remember him as being quite the character with a deep laugh and a kind heart. After graduating, he continued to help on the family farm and worked for the coal mines.

Kenny married Keitha Matlock in 1982; they divorced later in life and have two daughters and three grandchildren. Kenny was a member of the Garland Kansas Memphis Masonic Lodge. He was a loving father, brother, brother-in-law, uncle, and cousin. Kenny was preceded in death by his mother, Barbara Amer Yoos; his stepmother, Carol Ann Schilling Yoos; and his nephew, Corey Dale Larson. He is survived by his two daughters Lindsay Smith and Kaitlyn Yoos, both of Chanute, Kan.; Lindsay's husband, Blake Smith, and three children, Hope, Curtis, and Jace, along with Kaitlyn's fiance, Kirk Wilson. Also surviving are his father, Bill Yoos, of Webb City, Mo.; and his four siblings, Brenda Magnusson of Bella Vista, Ark., and her husband Bob, William Yoos of Centerton, Ark., and his wife Rose, Steve Yoos of Costa Mesa, Calif., and his twin sister, Kim Schneider and her husband Stan of Springtown, Ark.; and one stepbrother, Fred Stoughton and his wife, Diane, of Fort Scott, Kan. He will also be missed by his many aunts, nieces, nephews, great nieces, great-nephews, cousins, and friends. Kenny loved being around his family and friends, and they will miss him very much.

Due to the current events, graveside services for the immediate family will be held at 10 a.m., Friday, July 24, at the McKill Chapel Cemetery in Bronaugh, Mo. At a later time to be announced by the family, there will be a memorial service for him.