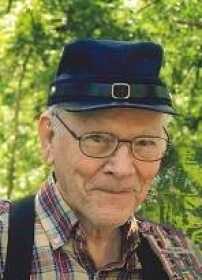 Norman was raised in Kentucky and moved to Kansas City, Mo., in 1949. He was drafted into the United States Army in 1951 and was stationed in Germany during the Korean Conflict. Following his discharge from the service in 1953 he returned to Kansas City and met Norma in Kansas City, Kan. He lived in Shawnee, Kan., for 32 years where he worked as a plumber for 10 years before going to work for GM-Fairfax Plant in 1961 as a warehouseman. He and Norma moved to Milo in 1988 and they have continued to reside there since that time.

Norman was a member of UAW No. 31 in Kansas City, Kan., was a charter member of the National World War II Museum, and the American Legion. He had a mischievous, fun loving, personality, and had great love for his family.

In addition to his wife, Norma, he is survived by two children, Mark Huston (Janice), Nevada, Mo., and Christine Vargas (Carlos), Kansas City, Kan.; 11 grandchildren; 13 great-grandchildren; and numerous nieces and nephews. He was preceded in death by his parents; his daughters Pam and Janet; one son, Gary; a grandson, Nicholas; four brothers; and two sisters.

Memorial services with military honors will be held at 11 a.m., Monday, July 27, at Ferry Funeral Home in Nevada.

Memorials are suggested in his memory to the Wounded Warriors Project in care of Ferry Funeral Home in Nevada.