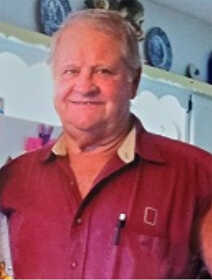 Larry was raised in Schell City and graduated from Schell City High School Class of 1962. He served in the U.S. Army with the Special Security Forces and was stationed in Okinawa, Japan. Larry drove a truck for over 25 years and also raised cattle with his dad. Larry very much enjoyed his time spent having coffee with his friends at the Madalyn’s Cafe.

Funeral services will be held at 10 a.m., Saturday, Aug. 1, at Lewis-Hoagland Funeral Home, Schell City. Interment will follow in the Greenlawn, Schell City. The family will receive friends from 5 to 7 p.m., Friday, at the funeral home in Schell City.

Contributions may be made in Larry’s memory to the Schell City Community Betterment in care of Lewis-Hoagland Funeral Home.