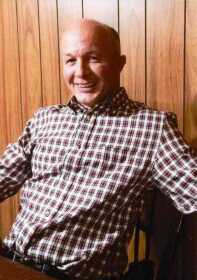 Eric grew up in the Schell City area, where he attended Schell City Elementary School and graduated from Schell City High School in 1988.

He married Coleen Powell on April 28, 2001, and to this union two children were born, Talitha Maus and Nicholaus Maus, both of Stockton, Mo. Eric’s children were the joy of his life, and he cherished the time he got to spend with them.

Eric always had a smile on his face and a song in his heart. He had a sense of humor, was the class clown, and always had a way about him that kept people laughing. He loved life and was always encouraging people that were depressed or downtrodden. He had a compassion for the souls of people that were lost and for those with addictions that they could not overcome.

Preceding him in death were his four grandparents, Eugene and Vera Souza and Claude and Mary Maus.

The family of Eric Maus will meet friends at a visitation on Saturday, Aug. 8, from 6 to 7 p.m., at Bland-Hackleman Funeral Home in El Dorado Springs, Mo. A family-only funeral service for Eric Maus will be held on Sunday, Aug. 9, at 2 p.m., at Life Church in Nevada, Mo., with Travis Cole and Kevin Bell officiating. Burial will follow immediately at Green Lawn Cemetery in Schell City, Mo., and is open to anyone. Online condolences may be left at: www.blandhackleman.com.