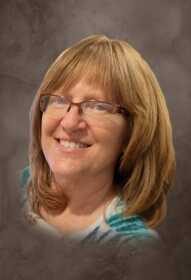 Brenda Lea Allison, 56, of Webb City, passed away Monday, Aug. 24, 2020, at Mercy Hospital, in Joplin, after a courageous battle with cancer.

Brenda was born Feb. 8, 1964, in Sacramento, Calif., to Jimmie and Jane (True) Hedges. She attended schools in Nevada and was a 1982 graduate of Nevada High School. Following high school, Brenda attended Missouri Southern and received a Bachelor of Science in Accounting/Computer Science in 1985.

Brenda worked as a Computer Programmer/Analyst for Empire Electric for 20 years, retiring in 2005. Following retirement, she fulfilled part-time bookkeeping positions at Crosslines Ministries, The Counseling Center, Edward Jones, Spiva, and she also worked as a tax preparer for Liberty Tax Service. Brenda believed in her community and the value of education. She was a large supporter of Webb City Schools in many capacities – a lunch cashier, a substitute teacher, a member of PTO, and she was a frequent volunteer for various school functions. Brenda was a Christian and had a servant’s heart. She was a member of Christ’s Church of Oronogo.

In her spare time, Brenda was happiest near the water – she loved the beach and the lake. Brenda found joy in everything involving her family and her entire world revolved around them. She was a devoted wife, a loving mother, the best grandmother, and a compassionate daughter and sister. Brenda was strong, vibrant, and took her days for all they were worth. She was a friend to all, so very loved, and she will be deeply missed by all who knew her.

In addition to her first husband, Brenda was preceded in death by her in-laws, Donald L. Reynolds I and William and Mary Lou Allison.

Survivors include her husband, Darrell, of the home; six children, Jarad Allison (Lacy) of Joplin, Brice Allison of Joplin, Dylan Allison (Mallory) of Neosho, Matthew Reynolds of Webb City, Kaylee Reynolds (Casey) of Joplin, and Tyler Allison of the home; five grandchildren, Avalee, Brayden, Judge, Ayla and Paislee; her mother, Jane Steele (Robert), of Joplin; her father, Jimmie Hedges (Cindy), of Nevada; two sisters, Trudy Holtkamp of Springfield and Jamie Patrick of Branson; her mother-in-law, Catherine Reynolds, of Carterville; her loving brothers and sisters-in-law; many nieces and nephews; as well as a host of extended family and friends.

Funeral services will be held at 10 a.m., Saturday, Aug. 29, 2020, at Christ’s Church of Oronogo with Pastor Mark Christian officiating. Burial will follow at Ozark Memorial Park Cemetery in Joplin. Those honoring her life by serving as pallbearers are Matthew Reynolds, Tyler Allison, Jarad Allison, Dylan Allison, Casey Craig, Seth Reynolds and Kyle Reynolds. The family will receive friends for visitation on Friday from 5 to 8 p.m., in the chapel of Parker Mortuary, Joplin. In lieu of flowers, memorial contributions may be made to Crosslines Ministries of Joplin, a ministry very dear to Brenda, in care of the mortuary.

Arrangements are under the personal care and direction of Parker Mortuary, Joplin, Mo.