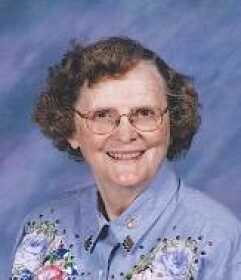 Carolyn, as the wife of a minister, played an active role in many church organizations. She not only was a teacher, but also became a Church-in-Action Coordinator for Interfaith Community Services in St. Joseph. She later directed a Church Day Care and worked with an afternoon afterschool program in Independence, Mo. Carolyn also played an active role in the communities she lived in. She was a 4-H leader in four counties, PTA President in various places, was a columnist for the Nevada papers for several years, and she was also the author of four books. Carolyn was a proud member of the Ellis Domestic Science Club (started by her mother), and of the Nevada Chapter of Soroptimist. She also was a Vista Volunteer Director, The Neighbors Center director for five years, coordinated Community Outreach for three years, and volunteered with Habitat for Humanity. In 1994 she was the recipient of the Citizen of the Year Award. In 2018, she received the Missouri American Association of University Women’s Woman of the Year award.

Funeral services will be held at 1 p.m., Saturday, Oct. 3, at the United Methodist Church, in Nevada, with the Rev. Sharon Freeman officiating. Interment will follow in Newton Burial Park in Nevada.