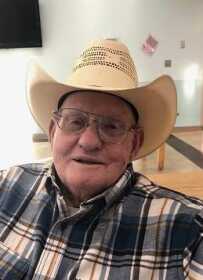 Leonard came to Vernon County by covered wagon at the age of 3. He attended the Badger School near Walker. At age 16 he went to Iowa to work as a farmhand. He served in the United States Army for a year before returning to Vernon County in 1960 where he continued to farm and also began working for the City of Nevada Water Department retiring in 1988. Leonard was longtime member of the Nevada Saddle Club and he enjoyed attending the American Royal Parade annually. Leonard was an active supporter of the National Kidney Foundation participating in their Trail Ride Fundraising events.

In addition to his wife, Bonnie, he was preceded in death by two infant daughters, Linda and Becky; three sisters, Dorotha Ramsey, Loraine Wolf, and Martha Landon; two brothers, Elmer Pope and Lawrence Pope; a grandson, Jeff Newton; and a son-in-law, Sonny Newton.

Funeral service will be held at 2 p.m., Monday, Oct. 5, at Ferry Funeral Home in Nevada. Interment with Military Rites will follow in the Mt. Pleasant Cemetery, Dederick, Mo. The family will receive friends from 1 to 2 p.m., prior to the service

In lieu of flowers, contributions may be made to the Mount Pleasant Cemetery Association in care of Ferry Funeral Home.