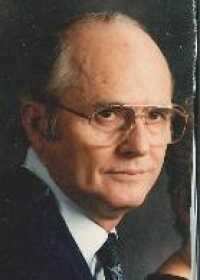 Woody grew up on a farm near Moundville, Mo., and attend Hackberry Country School near Moundville and graduated from Nevada High School Class of 1954. He served in the U. S. Army and was stationed at Ladd Air Force Base in Alaska. Woody came home to Moundville to farm and later went to work at Sears in Nevada. He also worked for soft drink businesses in Kansas City and Nevada then went into the grocery store business in Nevada and Fort Scott, Kan., for over 25 years until retirement.

Funeral services will be held at 10 a.m., Thursday, Oct. 8, at Ferry Funeral Home, in Nevada. Interment with Military Honors will follow in Deerfield Cemetery, Deerfield, Mo.

Those who wish may donate in Woody’s memory to the Parkinson’s Foundation in care of Ferry Funeral Home.