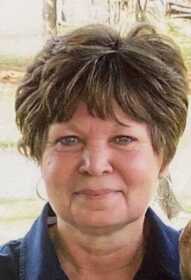 Christine grew up in Kansas City and graduated from Park Hill Senior High School Class of 1969. She came to Nevada in 1977 and worked for a time at Murphy’s Laundromat and later went to work for the Nevada R-5 School District beginning in the Food Service and later transferring to Early Childhood Special Education as a Paraprofessional. She also drove a school bus for the Nevada School District. Christine participated in bowling league in Nevada, enjoyed playing softball and volleyball, watching her grandchildren’s activities, and going to casino’s.

Memorial services will be held at 7 p.m., Monday, Nov. 16, at Ferry Funeral Home in Nevada with Robert Clark officiating. Friends may call now and until the hour of service at Ferry Funeral.

Memorials are suggested in her memory to the Nevada R-5 Foundation in care of Ferry Funeral Home.