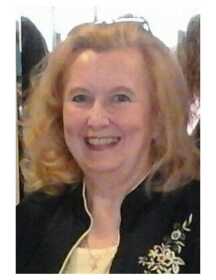 She graduated from Stockton High School, and earned a Radiologic Technologist degree from the Burge Protestant School of X-ray Technology in which she worked for almost 45 years and rose to the level of State Officer in this field.

In 1974, she became a charter member of the El Dorado Springs Missionary Baptist Church and through the years, served in various elected positions.

She met Craig Lester 19 years ago and knew she had met her true partner in life. Through those years they built a life together she had always dreamed of. They then were united in marriage on Oct. 18, 2018.

As she entered her heavenly home, she was greeted by her mother, father, brother Danny, grandmother Birdie Williams, cousin John Hulse, and a host of other much loved family members, brothers, and sisters in Christ.

Funeral services were held at 2 p.m., Monday, Dec. 14, at the El Dorado Springs Missionary Baptist Church, followed by interment in the Wagoner Cemetery. Under the direction of Bland-Brumback Home.