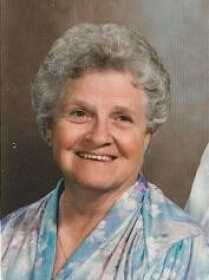 She and her twin brother were born at home in Dodge City, Kan., on Oct. 12, 1927. Her parents were Winnifred Alice (Borden) Willis and John Lawrence Willis. She was the last surviving member of 11 children and seven stepchildren, the next to youngest of all 18 children.