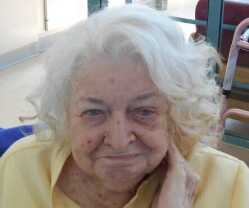 Rosemary Lou Hagan, 87, Nevada, MO passed away on Thursday, January 21, 2021 at Barone Alzheimer’s Care Center in Nevada following a lengthy illness. Rosemary was born May 15, 1933 in Richards, MO to Elton C. and Myrtle L. (Jacobs) Roland. On September 27, 1952 she was united in marriage to Charles Hagan in Nevada and he preceded her in death on August 2, 2014.

Rosemary was raised in the Richards area and graduated from Metz High School. Throughout her life she was primarily a homemaker. First living in Metz, then in 1985 they moved to Nevada when Charlie purchased the Subway Garage. In her spare time, Rosemary enjoyed going shopping.

Rosemary is survived by one niece, Carole Nation of Nevada. In addition to her husband Charlie, she was preceded in death by her parents.

A private committal will be held in Rinehart Cemetery.