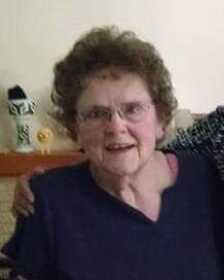 Kathleen Eleanore (Green) Reed, 80, Nevada, passed away on Wednesday, January 20, 2021 at Colonial Springs Healthcare Center in Buffalo, MO. Kathleen was born June 10, 1940 at Fort Snelling Military Base in Minnesota to Roy A. and Margaret E. (Butler) Green. Kathleen moved with her family to Desoto, KS in 1946. She graduated from DeSoto Kansas High in 1958. When at 19 years old, Kathleen moved to Kansas City, MO and worked a couple of jobs while living in a boarding home for women. During this time Kathleen met and married James Simcoe. She later married Thomas L. Reed following his discharge from the army and to this union one son and one daughter was born.

Kathleen was a personable, helping and a kind person. Kathleen was converted by Sam Smith, was immersed at 24 years old after her husband, Thomas L. Reed. Both became members of the Church of Christ (American Restoration Movement) in Kansas City, MO. Kathleen was a home mother until the age of 34 when she went to school at Central Missouri State University. There she earned a degree in Elementary and Special Education graduating in 1978. She was a member of Kappa Delta Pi at Warrensburg. In 1980 she began working at Nevada Middle School as a Special Ed teacher, she also worked for Vernon County Developmental Center as Associate Director and as a teacher. She was a teacher and Program Director at the Webb City Cerebral Palsy Center, and Community Support Specialist with Pathways from 2005 until her retirement in 2012.

Kathleen was a vocalist (soprano) and sang in the Nevada Community Choir for five years, and in church. She was an active member of the Church of Christ in Nevada as a bible class teacher for many years and for many ages from "cradle role" to adult women. Kathleen was very creative in crafts, including sewing, pattern making and knitting. Kathleen suffered from dementia later in life and resided at Colonial Springs Elderly Adult Care in Buffalo.

Survivors include her one son, Tom Reed, II, Nevada; one daughter, Tammy Reed, Nevada; one sister, Shelia Burke; two brothers, Roland Green and Richard Green; as well as several nieces and nephews. She was preceded in death her husband Thomas; her parents; by two brothers; and one sister.

Her body was donated to the University of Missouri-Columbia Medical Program, memorial services will be held at a later date.