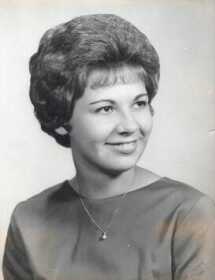 Donna Clidene Burrus, 75, Nevada, Mo., departed from earth only to be welcomed by her Lord and Savior in Heaven on Thursday, Jan. 28, 2021. Donna was born on May 1,1945, in Sheldon, Mo., to Dorothy Louise Irvin and Ralph Hershell Roby. She was raised in Milo, Mo., by her wonderful grandparents, Minnie Louise and Alonzo (Shorty) Laccoarce.

Donna attended grade school in Sheldon and graduated from Nevada High School class of 1964. Following graduation, Donna started a family. Becoming a mother established her love and admiration for little ones. As her children got older and built friendships, Donna became a friend and mother to her children’s friends and family. She was impartial and showed love to all who knew her.

Her compassion for children motivated her to pursue a career at Head Start, which began in 1970. Donna faced many trials in her life, one of which was losing her two sons, Oran and Travis, in 1984. During that difficult time, Donna embraced her faith evermore and comforted those around her with God’s word. Following her daughter’s death in 1995, Donna continued Lisa’s dream of a home daycare. Her selflessness led her to provide sanctuary to many of her grandchildren by providing a safe and loving home. Through her many years of home daycare, she has been influential to many families by becoming a grandma to their children and teaching them God’s unconditional love.

A Celebration of Life Ceremony will be held at 2 p.m., Saturday, Feb. 13, at the First Baptist Church, in Nevada, with Pastors Jerry Pyle and Mark Mitchell officiating.

Arrangements are under the direction of Ferry Funeral Home, Nevada.

In lieu of flowers and gifts, a scholarship fund has been established for her great-grandsons, Rayden and Bryce Cargill, who reside in the home, in care of Metz Bank. The family is asking the community to share memories and pictures of Donna by emailing them to donnabmemories@gmail.com.