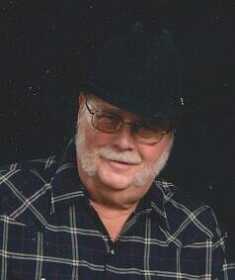 Earl Lavone Johnson Jr., 79, Nevada, Mo., passed away on Saturday, Feb. 20, 2021, at Nevada Regional Medical Center in Nevada. Earl was born Feb. 15, 1942, in Fort Scott, Kan., to Earl L. and Lillian M. (Tucker) Johnson. He married Beverly Hurd in 1960 and to this union three daughters and one son was born, Twila, Sherry, Kelly, and Steve. In 1976 he married Bonnie Poe and together they had two children, Penny, and Earl III. He married Wanda (Brown) LeeMasters on August 6, 1981 in Miami, Okla., and to this marriage she brought three sons, Sam, Brian, and Justin.

Earl was raised in the Fort Scott area and attended school there. While in his 20s, Earl enjoyed racing cars in the Fort Scott area, participating in pony pulls, he loved attending rodeo’s as well as riding rodeo bulls, and was an avid coon hunter, having acquired many trophies for his hunting dogs. He loved hunting as well as fishing. In 1973 he graduated from Auctioneer School in Kansas City and returned to Fort Scott where he owned and operated several antique stores in Kansas and in Missouri. He also owned Circle J. Saddle and Western Store in Nevada from 1991 – 1993. In 2002, Earl built a shop at his farm and operated his saddle business from his home. He raised livestock throughout his life as well. While in his 30’s, Earl became a Christian and was currently a member of the First Baptist Church in Nevada.

Funeral services will be held at 10:30 a.m., Wednesday, Feb. 24, at Ferry Funeral Home, in Nevada, with the Rev. Ray Adams officiating. Interment will follow in Mt. Pleasant Cemetery in Dederick, Mo. Friends may call now and until the hour of service at the funeral home.

Memorials are suggested in his memory to the El Dorado Christian School in care of Ferry Funeral Home.