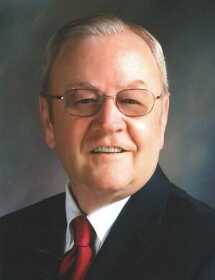 Walter was raised in Carthage and graduated from Carthage High School in 1962. He received a two year degree from Missouri Southern College and then received an Education Specialist degree from Pittsburg State University. He taught at Webb City High School for a time and in 1981 he moved to Garnett, Kan., where he was Assistant Principal and later becoming Principal at Garnett High School. Walter came to Nevada in 1983 where he was Assistant Principal at the high school. He later taught in the “At Risk Program” in Nevada from 1993 until his retirement in 1999.

A memorial service will be held at 10:30 on Friday, Feb. 26, at Ferry Funeral Home in Nevada with Pastor Bill Platt officiating. A Committal Service will follow at 2:30 p.m., at the Park Cemetery in Carthage.

Contributions may be made in Walter’s memory to the Missouri Retired Teachers Foundation for Classroom Grants in care of Ferry Funeral Home, 301 S. Washington, Nevada, MO 64772.