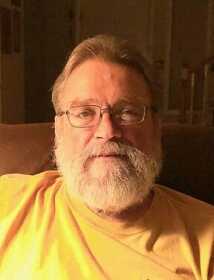 James served in the United States Navy as a 1st Class sonar technician from 1969 to 1978. He served three tours of duty in Viet Nam aboard the USS DE-1066 Marvin Shields. He was the last plank owner. When James left the service, he worked for Naval Ocean Systems Center in Point Loma, Calif., and worked for Dr. Waldo Lyons as a mechanical engineer. He participated in installations of various military equipment on Navy subs across the U.S. Some on the east coast, west coast, and helped with the lab in Wales, Alaska. Following his retirement, he and Dale moved to Nevada, Mo., in 2010 where they have continued to reside.

James was a wonderful husband and father who will be greatly missed by all.