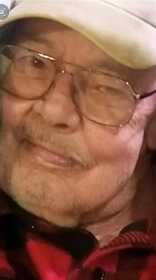 John Henry Bower, age 84, a resident of rural Deerfield, Mo., passed away Friday, March 26, 2021, at his home. He was born May 3, 1936, in Fort Scott, Kan., the son of Jesse Bower and June Dunbar Bower. He had served with the United States Army. John married Amelia E. Jones on July 17, 1964, at Miami, Okla. John had worked for several years as a truck driver. He enjoyed spending time with his family and exploring the outdoors with his grandchildren. He also liked to garden and watch western movies.

There was cremation and no services will be held at this time. Memorials are suggested to Care to Share and may be left in care of the Cheney Witt Chapel, 201 S. Main, P.O. Box 347, Fort Scott, Kan. 66701.