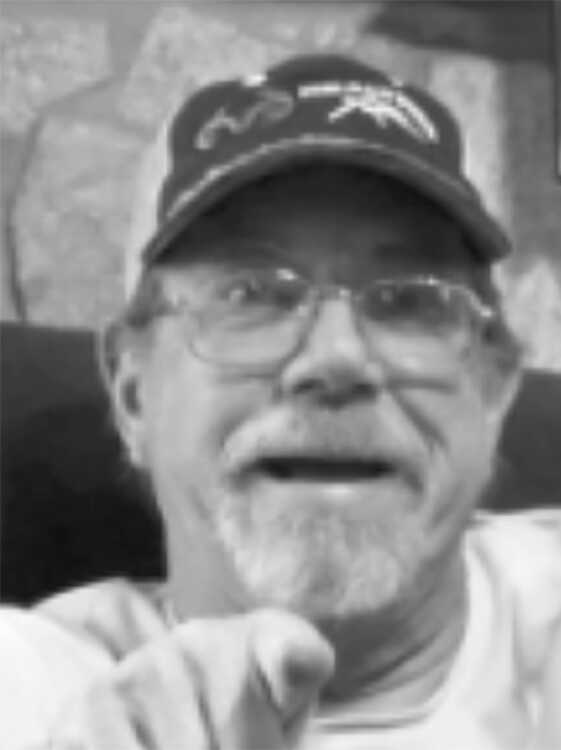 Another legend has left the building. Ron is off to his next great adventure. He was loved and will be missed with all our hearts. Ronald Gene Brewer, 68, Nevada, Mo., passed away on Wednesday, Oct. 13, 2021, at Mercy Hospital in Joplin. Ron was born June 12, 1953, in Nevada, to Alfred T. and Hazel M. (Campbell) Brewer Ron graduated from El Dorado Springs High School in 1971 and attended Crowder College in Neosho. He went on to work for the Bureau of Land Management's Cadastral Survey Organization, which has a granite memorial with his, along with over 190 names, engraved on it in the El Dorado Springs City Park. This was where his heart was, in the mountains and anything outdoors. When younger, Ron's mom and dad took him, his sister, and brother camping every summer in Colorado. He would always ask them, "Can we stay out here" and "Why did you move to Missouri?" Ron always said he was a member of the Church of the Great Outdoors. What better way to honor our creator's work than to live, explore, and enjoy the beautiful works of nature. He would spend hours outside staring at the night sky, looking for shooting stars but mainly for UFOs. His favorite outdoor time was during thunderstorms, standing in the rain watching

the clouds and lightning or laying out in the snow so he could climb back in bed ice cold. He loved the trees, the colors, wood grains, and beautiful things that could be made from them. He loved woodworking, made duck calls, and won duck calling contests. He would talk about his treasured memories of hunting ducks in the marshes. He said there was nothing like the sound and feel of a flock of ducks or geese flying over, and when they got close enough, it was like the waves of the ocean rolling in. He also loved fishing and spent a time or two grabbing those slippery suckers by hand if they got off the hook. He participated in many fishing tournaments and just loved spending the quiet time fishing. He spent some of his spare time searching for arrowheads and exploring old overhangs, searching for remnants of the past. He loved finding carvings left by people before us and the things they built, from the Mayan ruins to the Anasazi Indian ruins we explored. We always made time for nature and exploring. Ron returned to Missouri and started working for 3M Nevada in 1974, starting at $3.27 per hour. He retired 46 years later to social security, which equates to about the same pay rate given for the years he paid in. He worked as a scheduler in the front office, a supervisor, press, mix and mill, warehouse, receiving, basically all over the plant from one end to the other. He worked in about every department except Extruders and Maker 45, ending his lifelong career in the Shipping Department, closest to the exit door. He loved the people he worked with and the many, many friendships he gained along the way. Ron was one of the first of five First Responders for the 3M Nevada Plant, training with the Ambulance Barn for that. He served as 3M President and Vice president over the years. He was one of the four employees, along with Plant Manager George Remarke, who started the 3M Clubhouse and baseball field. Ron was involved in sports from a young age, playing with neighbor kids in the empty lot next door, through high school, and onto college. He continued that favorite love of baseball, which he got from watching his Dad Tom play for

many years, and became involved in 3M Nevada's baseball team. He always said Tom could sure throw the ball. Their 3M travel team participated in what has been called the St. Paul World's largest intramural slow-pitch softball tournament. He also played fastpitch softball for 3M and was on the 3M bowling team. He was a die-hard Cardinals fan but was known to have attended a Royals game or two.

Ron was also in boy scouts from an early age and became an Eagle Scout in his teens. This is the highest achievement reached by only 4 percent of scouts. He carried on those values and became co-den leader and den leader of his youngest son's boy scout pack through his Arrow of Light ceremony. Ron's favorite thing to do was to help us get over our fears. From parasailing,

spinnaker swing, standing on the cliff's edge, shaking the ski lift, and zip-lining down the mountain. We had some adventures. He, on the other hand, never quite got over his fear of spiders. He loved many things in his life, but one thing he loved the most was his grandkids. He loved when everyone could get together for holidays or just a weekend visit. He treasured his family and spent as much time with them as he could. After the extended trial period ended, Ron and Teresa were united in marriage on Aug. 13, 2003, in Eureka Springs, Ark. It was one hell of a roller coaster ride; thank you for taking me along. We will miss you. So, hug a little tighter, forgive a little quicker, give

a smile to a stranger, say an encouraging word to those you see struggling,

(Brewer) Smith, El Dorado Springs, Mo.; brother, Donald Brewer (Diane), New Mexico; and numerous grandchildren as well as several nieces and nephews. He was preceded in death by his parents; a sister, Tammy Brewer; and one niece, Marquise Brewer. Memorial services will be held at 10:30 a.m., Friday, Oct. 22, at Ferry Funeral Home, in Nevada, with George Garwood officiating. A private committal will be held at a later date. Memorials are suggested in his name to “Make a Wish Foundation” in care of Ferry Funeral Home. View obituary and send condolences online at www.ferryfuneralhome.com.