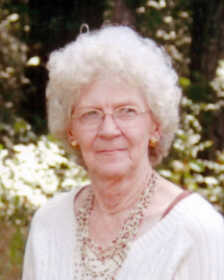 Patsy Ann Vaughn, 84, a resident of Nevada, Mo., passed away Wednesday, Oct. 20, 2021, at her home in Nevada. She was born Sept. 5, 1937, in Fort Scott, Kan., the daughter of Harold Sipe and Thelma Fitzgerald Sipe. Patsy spent her childhood on the farm on the banks of Mill Creek near Devon, Kan. She attended the Crescent Rural School and went on to graduate from the Uniontown High School. She trained under the direction of Sister Mary Jude (Dietrich). Following her training with the sisters of Mercy, she moved to Nevada where she worked in Dr. Wray’s office. She later worked as a lab tech at the Nevada City Hospital and the Bates County Medical Clinic and the Nevada Medical Clinic. She retired from the Nevada Regional Medical Center at the age of 75.

A celebration of life will be held at a later date. Memorials are suggested to the St. Jude’s Children’s Hospital and may be left in of the Cheney Witt Chapel, 201 S. Main, P.O. Box 347, Fort Scott, KS 66701.