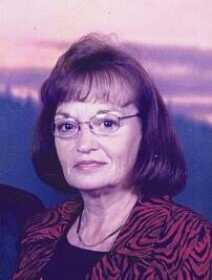 Peggy grew up in Nevada, with her brother, Jack. During her childhood you could always find her on the farm with her dad; a time which cultivated her love of animals. Peggy attended both the University of Arkansas and University of Missouri. She retired as the Building Services Supervisor at 3M in April of 2010, after 21 years. While she thoroughly enjoyed a day at home riding the golf cart with her husband and dogs, she was the happiest anywhere her family was. Those who knew Peggy know that her proudest accomplishment was her grandchildren. No matter the activity, she never missed anything they were involved in, and was always their biggest cheerleader.

In addition to her husband, Steve, survivors include her brother, Jack and his wife, Sondra Nelson, as well as her children and grandchildren: Dawn, Bradyn, and Bradly Woods; Chris, Heather, Carsten, and Camryn Warner; Amy, Cory, Payton, Paxton, and Payge Dahmer; Kelly and Tracy, Kyle and Erin, and Klay Beisly and Janna. Great-grandchildren include Zoey, Korbin, Emersyn, Kora, and Kooper Beisly. She was preceded in death by her parents, Harriet and Paul Nelson.

The family will receive friends from 9:30 to 10:30 a.m., at Ferry Funeral Home, on Monday, Nov. 1, with a memorial service immediately following.

Memorials are suggested to Compassus® Hospice Care in care of Ferry Funeral Home.