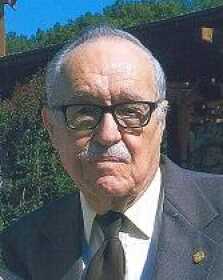 At the age of 17 he was shot in the ankle in a hunting accident. He recovered from that, and he carried part of the bullet in his ankle for the rest of his life. He attended the University of Arizona for a semester and then enlisted in the Air Force. He was attached to the 51st Fighter/Interceptor Wing. When he was discharged from the service, he decided to move to Missouri to be closer to his grandparents. He settled in Kansas City and accepted employment with General Mills where he later became the office manager and freight manager. He worked for General Mills for over 35 years.

Bob met his future wife Alice, and they were married in 1955. They had a son George. When George was in his teens, Bob and George attended several Kansas City Royals and Chiefs games. During the 1960s Bob and Alice joined the V.F.W. They enjoyed going all over the state and meeting people though that organization over the next 30 years. He held several offices including commander of his post and the Jackson County Council in the V.F.W. And over the years he paid respect with a VFW team at over 700 funerals of veterans. He was president of the 51st Fighter reunion group in 2009 as well. After retirement, he volunteered at the V.A. hospital in Kansas City by assisting in the pharmacy and he also volunteered at NKC Hospital. And for several years he delivered meals on wheels. Alice lost the ability to walk and Bob took care of her for over 7 1/2 years. She was forced to use a wheelchair and he was assisted in her care by some great caregivers.

After the passing of Alice, Bob met Doris Beard. After a courtship Bob and Doris wed and he moved to Nevada, Mo. Bob then gained a family including grandchildren and great-grandchildren. He enjoyed reading, crosswords, animals, and railroads.

He is survived by his wife, Doris; son, George; stepson, David Weatherly (LuAnn); and stepdaughters, Cheryl Mutch (Dan) and Dana Hart (Wes) of Nevada; and brother, Bill McNarie of Green Valley, Ariz. Also, he had over a dozen stepgrandchildren and great-grandchildren, several nieces and nephews and many friends. He was preceded in death by sisters, Barbara and Joan; and brothers, Jim and Donald.