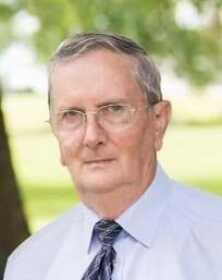 Due to complications from a fall while working on the build-out of his new home, James “Jim” Everett Lee Jenkins, 82, of Nevada, peacefully went to sleep in Jesus on Sunday, Oct. 31, 2021, surrounded by his family.

Jim was the first child, born in Lee’s Summit, Mo., on March 29, 1939, to Harry Everett and Virginia (Vohs) Jenkins. He spent his early years in Nevada and some back in Lee’s Summit, before settling at his home place in Nevada. He received his education in Nevada and graduated from Nevada High School, Class of 1957. He was a district champion lightweight boxer and a member of the Future Farmers of America (FFA).

It was during Jim’s sophomore year that he caught the eye of Wilma Charlene (Phillips), who became the love of his life. After a two-and-a-half-year courtship, they married on Feb. 2, 1958. The two were inseparable and celebrated 63 years this year. He began his working years as a carpenter. He would go on to work in farming, antiques and as a business owner — running a sawmill for years and finally with his fencing company, when he “retired” in his early 70s. His work never stopped, as he found fulfillment in gardening, woodworking, volunteering with church projects, and more. His grandchildren fondly knew him as the “goat farmer” and spent many summers with him on his farm with the goats. He spent countless hours bird watching—filling his many feeders and taking care of any stray animal that found his doorstep.

Jim was an active member of the Nevada Seventh-day Adventist Church and served as Head Elder, Sabbath School Teacher, Church Board Member, Lay Pastor, and Greeter — one of his favorite duties — where he enjoyed welcoming members and guests each week, with his friend Daurell. He spent many years traveling with his family to area churches where he volunteered to preach — a modern day circuit riding preacher so to speak. He preached his final sermon last year in Lamar, Missouri at 81 years old. His loving character and gentle, soft spoken manner made a deep impact on many lives.