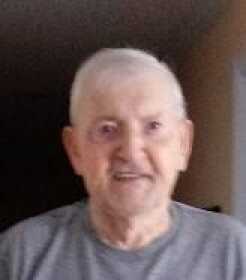 Joseph Samuel Duncan, 86, Nevada, Mo., passed away on Friday, Oct. 22, 2021, at his home in Nevada. Joe was born May 24, 1935, in Richards, Mo., to Dorven and Roberta (Campbell) Duncan and was raised by his grandparents Joseph and Kate Duncan. He was united in marriage to Beverly Kimmis Bradley on July 3, 1992, in Independence, Mo., and she survives of the home.

Joe was raised in Richards, Mo., and attended school there. Following his marriage to Beverly the couple made their home in Independence where Joe worked at Independence Power and Light as a mechanic until his retirement in 1997. At that time they moved to Walker, Mo., where they lived until coming to Nevada in 2011.

He loved quail hunting, fishing, gardening, and was an avid reader of western books. He was a member of the Walker Christian Church where he sang in the choir.

Joe loved to pick on people and was called onery, in the nicest way, by many. He especially loved his family, his friends, and his dog, Molly.

Memorial services will be held at 11 a.m., Saturday, Nov. 6, at Walker Christian Church in Walker, Mo., with Pastor Tim Brewer officiating. Friends may call now and until the hour of service at Ferry Funeral Home.

Memorials are suggested in his memory to the Nevada Public Library (for large print books) in care of Ferry Funeral Home.