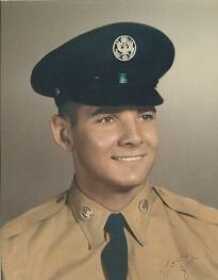 As a young child, Jack moved with his family to California. At the age of 16 they returned to Schell City and where he graduated from Schell City High School Class of 1955. Following high school, Jack served in the United States Air Force from 1955 – 1959 and was stationed in Japan. Following his time in the Air Force, he returned to Nevada area and worked as a truck driver for a number of years. After his marriage to Linda, they spent time in San Jose, Calif., where all their children were born. A few years later they returned to Nevada where he operated Hartline Skelly in Nevada for ten years and then the Texaco Station for several years. Later on Jack sold vehicles for Brown Ford and Guthrie Motors until his retirement. He was past president of the Men’s Bowling Association, Life member of the BPO Elks No. 564, and Charter member of the Nevada Eagles Lodge No. 3770. Jack loved to play Bingo, playing the lottery, and being with his family.