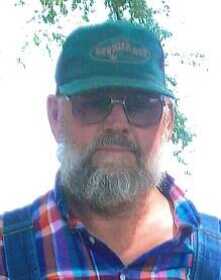 The farming/ranching family moved to their Bronaugh farm in 1966. Bill graduated from Bronaugh High School in 1968. He was always a hard worker and mechanically inclined, eventually settling in Windsor, Mo., working for Clearfield Cheese as an over the road trucker. He lived in Cascade, Mont., for several years, working as an equipment mechanic traveling with oil pipelines. Bill returned to Bronaugh to help care for his elderly parents until their passing. He resided with his wife and boys at their farm.

Bill was a jovial man who loved to tease and joke with everyone and was always willing to lend a hand if needed. He enjoyed hunting, and especially fishing, mechanic work for family and friends, spending time with his family, and tending his livestock.

He married Pamela Connelly in 2010 and she survives of the home. Bill is also survived by his children, William Lee McNeil, II, of Versailles, Mo., and Payton McNeil of the home; two stepsons, Tucker Connelly of the home, and Jesse Jenkins (Kelly) of Nevada; one sister, Thaylee Rourk (Russell); and one brother, Carey McNeil (Diane), Bronaugh; a nephew, Matt Layher (Lori), Bronaugh; two nieces, Ashley Banes (Brent), Bronaugh, and Elise Duvall (John), Fairway, Kan.; and numerous great-nieces and -nephews, and cousins. He was preceded in death by his parents, and a stepson, Cody Jenkins.

Graveside services will be held at 11 a.m., Monday, Nov. 29, at Worsley Cemetery in Bronaugh with Pastor Terry Mosher officiating. The family will receive friends from 2 to 4 p.m., Sunday, at Ferry Funeral Home, in Nevada.

In lieu of flowers, memorials are suggested to the family in care of Ferry Funeral Home.