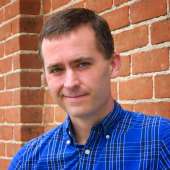 Love is the answer

The week of Valentine’s Day I was planning on writing an editorial for the Saturday edition about love and what it means to me.

But on Valentine’s Day itself a young man filled with hate walked into a school in Parkland, Fla., and murdered 17 people and my heart broke and I couldn’t bring myself to write the words I had intended to write.

But having listened to the national discourse on the matter for the past two weeks, I have some things I need to say.

First of all, ENOUGH IS ENOUGH! Why does this keep happening?

People who do not like guns will say that these kinds of things do not happen in Europe because no one there has guns. But I’m afraid it is not so simple.

Sweden, for example, according to gunpolicy.org ranks 10th in gun ownership in the world (the U.S. is first), and yet the US has a gun violence rate 700 times that of Sweden’s.

I think we need to look at the culture of our society rather than focusing so hard on the tools which are used to commit these atrocities.

I think we need to admit our culture is ill.

This world is a very confusing place offering up a wide variety of often conflicting ideas. Many people have a rough time navigating this maze, young folks especially so. People who seek help are treated as weak and broken. Many folks’ primary concern is themselves. And if we don’t get it our way, right away the natural thing is to become violent, right? Instead of “United We Stand,” we are becoming more and more “Don’t Tread on Me.” And if you do tread on me, be ready to get bit!

So what is the solution to this problem?

Pro-gun individuals are calling for arming the teachers in schools.

But the image which comes to mind when I think of that possibility is the ancient technique of blood-letting. The act of bleeding an individual in the belief that would cure them of their sickness.

Wikipedia states: “In the overwhelming majority of cases, the historical use of bloodletting was harmful to patients.” And there is little doubt in my mind, the arming of teachers would prove to be just as harmful.

Just as doctors have learned to treat a person’s illness in order to heal them, we need to get real about what ails our society.

How do we do that? I have no idea. But I know it starts with love.

And what is love?

I hold what the New Testament says about love very close to my heart.

Jesus said in John 15:13, “Greater love hath no man than this, that a man lay down his life for his friends.”

So love is sacrifice. But he also says in Matthew 5:46, “If you love only those who love you, what reward is there for that? Even corrupt tax collectors do that much.” (NLT).

So not just sacrificing for those you like, but even for those you don’t? Jesus went on to demonstrate this concept when he laid down his life for those who hated him.

It’s a tough thing. I wish I could say I lived it as much as I believe it, but I can’t.

But can you imagine? What if we all started living lives full of love?

If we did, do you think there would be so much hurt, pain and frustration in this world leading to so much anger and hatred as to spawn what happened in Florida?

I don’t think so.

I’ll end here with my number one favorite Bible verse of all time: “Anyone who loves is a child of God and knows God.” 1 John 4:7b (NLT).

More from this columnist · Nick Wright